High school and preparing for adulthood.

Now is the time to plan for your child’s transition from adolescence to adult life. Shift your focus to helping them achieve the greatest possible level of independence. Be sure to check into all educational opportunities for vocational exploration, daily living skills, and independence.

Regardless of your child’s current abilities and/or your current financial status, it is key for every family's plan to maximize their child's eligibility for government benefits.  It is important not to eliminate options or jeopardize potential benefits by improper planning. 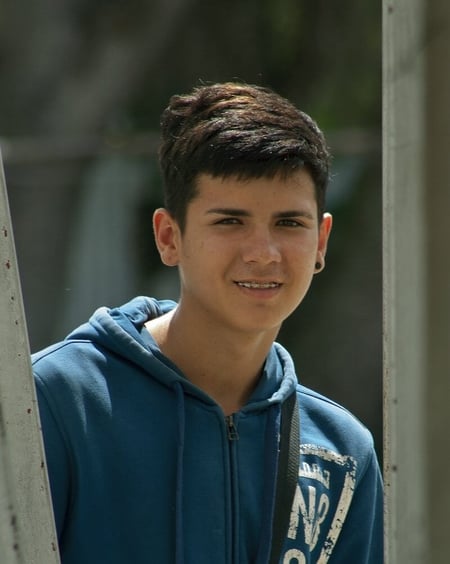 Planning for when your child ages out of the public school system may come with added stressors and unknowns about benefits and services. it is key to stay openminded.

There is no perfect solution for every child right when they turn age 21 or 22. Planning for what they will do all day, how they will get there, where they will live, how they will socialize with others, and who will care for them takes time and creativity. Being flexible enough to know that what you plan for today may not be what they will do for the rest of their life is helpful in your planning and advocacy efforts. Most people do not stay in the same job they have when they finish school, nor do they live in the same home or neighborhood. You will need to explore options, keeping in mind that the availability of residential services may be limited by long waitlists or other constraints.

Trying to take this all in?

My daughter Janet is 18 years old. She has a wheelchair, which allows her to get around, and although she can understand me, she has trouble expressing herself verbally. My husband and I were finding it difficult to physically transfer her on a day-to-day basis, especially when he travels for his work, because we need a second person to assist. We had to admit sooner than we had hoped that we needed help.

When I talked to a staff person at our local chapter of The Arc, she told me about the Medicaid personal care attendant (PCA) program. I learned that the family (or the individual) hires the staff person, and that they can directly negotiate hours. In this case, because Janet is not able to supervise the attendant, I as her parent would serve as a surrogate supervisor of the PCA. Another benefit is that the PCA, although hired to assist Janet, is also able to help her learn some independent skills beyond the classroom.

I also learned about another program that Janet might be eligible to access, the adult foster or family care (AFC) program, which is also funded by Medicaid. This would allow me or my husband to be paid to be her primary caregiver. The biggest concern with this benefit is that we are both already having difficulty with being able to move her from her wheelchair. We decided that the PCA program would allow us to hire additional helpers. Our life is so much easier now.

Check out the Knowledge Bank- with our compliments!

We are committed to sharing free educational resources with all members of the disability community. Our Knowledge Bank has a catalog of  information, along with downloadable checklists and tools, to help you begin your planning journey. We also publish the Special Needs Planning Blog to keep our followers up to date with information and events. And you may sign up to access all of the resources in our Knowledge Bank for FREE!
KNOWLEDGE BANK

Content in this material is for general information only and not intended to provide specific advice or recommendations for any individual, nor intended to be a substitute for specific individualized tax or legal advice. We suggest that you discuss your specific situation with a qualified tax or legal advisor. There is no assurance that the techniques and strategies discussed are suitable for all individuals or will yield positive outcomes.

The experiences described here may not be representative of any future experience of our clients, nor considered a recommendation of the advisor's services or abilities or indicate a favorable client experience. Individual results will vary.